Though the traditional orientation of a Samurai warrior is male, female Samurai existed. They are known as the Onna-Bugeisha. They were as fierce and brave as the male Samurai. In fact, the last Onna-Bugeisha fought during the Boshin War. It is no other than Nakano Takeko.

Together with her, you will get to meet some other strong women. Their story of braveness becomes unmatched by the men of their time.

The Early Life of Nakano Takeko

In April 1847, Nakano Takeko was born. She was the eldest daughter of Nakano Heinai, an Aizu official, and his wife Kōko. Nakano was born where great military skill is in a Samurai’s family. They showed loyalty to the ruling Tokugawa Shogunate.

Growing up, Nakano stayed at Edo where she trained. Nakano proved to excel at academics and martial arts when she was 6. In fact, she could also recall Ogura Hyakunin Isshu. Nakano never missed a single character from the “One Hundred Poets, One Poem”. As a child, her favorite stories were of Tomoe Gozen, a female Samurai.

Akaoka Daisuke, Nakano’s teacher, taught her martial arts and literature. Later, he adopted her for 5 years and Nakano worked with him. She taught martial arts and she specialized in the use of Naginata, a bladed polearm. Which will soon be her weapon of choice. So with her followers.

When Nakano was 16, she left her adoptive father. It was because he attempted to arrange a marriage for her. He wanted her to marry his nephew. She didn’t. She soon would find herself in Aizu.

Between 1868 to 1869, the Boshin War broke. It was also called the War of the Year of the Dragon. And it was no other than a civil war. The fight was between the ruling Tokugawa Shogunate and the Samurai. The Samurai sought to return political power to the imperial court.

It started on the appearance of the American ships of Commodore Matthew Perry. The “opening” of Japan to western trade caused western influence to spread. Seeing this as a threat to their local economy, the Samurai wanted to end the Tokugawa regime.

The Samurai Satsuma, Chōshū, and Tosa formed an alliance. They secured control of the Imperial court. They also influenced the young Emperor Meiji in their beliefs. Though the Imperial army was few, they had more advanced weapons to help them during battle.

Tokugawa Yoshinobu, the reigning Shogun, saw this threat. He agreed to give his political power to the young Emperor. He thought that it would preserve the Tokugawa house for the future government. But then, after a meeting, they abolished the title of Shogun.

Satsuma and Chōshū made military advancements on the abolished house of Tokugawa. They also removed Tokugawa’s lands and titles.  Of course, this causes more uproar. It began the war that ended the era.

The Start of the War

On January 27, 1868, over 15,000 Samurai warriors of the Shogunate army gathered. They move to attack the Imperial capital at the southern gates of Kyoto. Satsuma and Chōshū’s troops, however, were few in number.  They only had 5,000 soldiers present during the fight.

Though the Imperial army was few compared to the Shogunate army, they still fought hard. Much to their advantage, the Imperial troops have modern weapons. They held weapons such as rifles, howitzers, and Gatling guns. This is among the documented wars of swords versus guns.

On February 7, 1868, Tokugawa left Osaka and went to the city of Edo. The Shogunate army gave up their defenses on the castle. They got discouraged from the Shogun’s retreat. The Osaka castle fell in the hands of the Imperial army the following day.

Soon, the foreign ministers recognized the Emperor’s government. They said that the Imperial government was the rightful government to rule Japan. They flourished the Boshin War. Though the Imperial Samurai still attacked foreigners in different incidents. The anti-foreigner sentiment was still high during these times. They were still unwelcomed.

The Joshitai in the Battle of Aizu

Nakano stayed with her native family in Aizu. In May 1868, the Shogun declared his surrender. But his Shogunate forces fought on. The army retreated in Aizu.

During this era, gender restrictions are well-known. In fact, the army does not allow women to fight in the official army. The role of the women during an attack is to cook, to tend the wounded, and to make bullets. Sometimes, they would also douse unexploded enemy cannon balls.

Though these were the role of the women, Nakano chose to fight against the Imperial forces in the Battle of Aizu. However, Aizu retainers didn’t allow women to fight. So, Nakano formed an unofficial unit of twenty women called Joshitai.

The Joshitai consists of armed women with the Naginata. They prefer the pole-arm than the Katana. It gives the wielder the advantage to fight against bigger opponents. Even Nakano’s mother, Nakano Kōko, and sister, Nakano Yuko, were a part of the Jōshitai.

Get Your Awesome Samurai T-Shirt 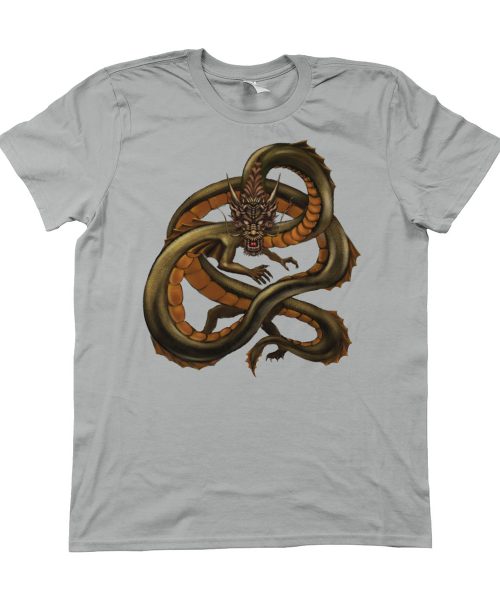 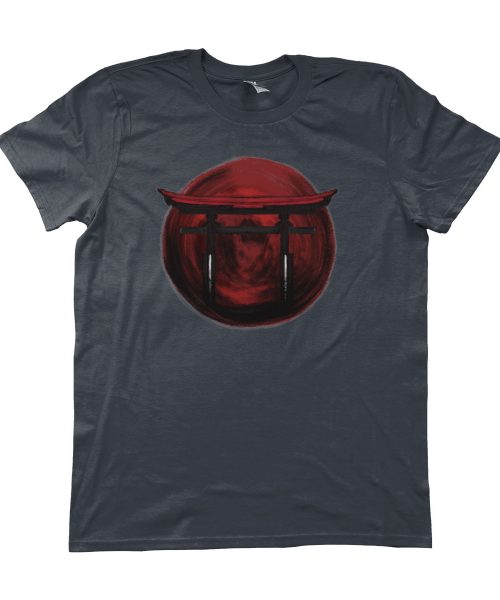 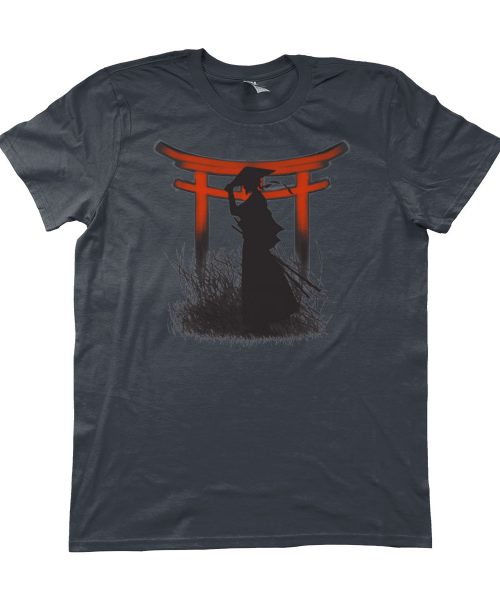 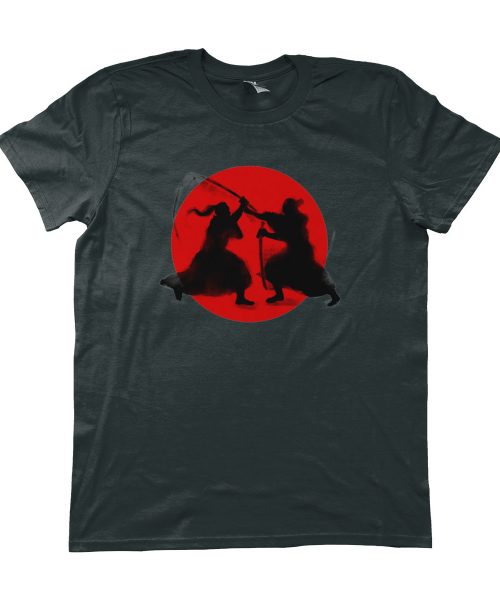 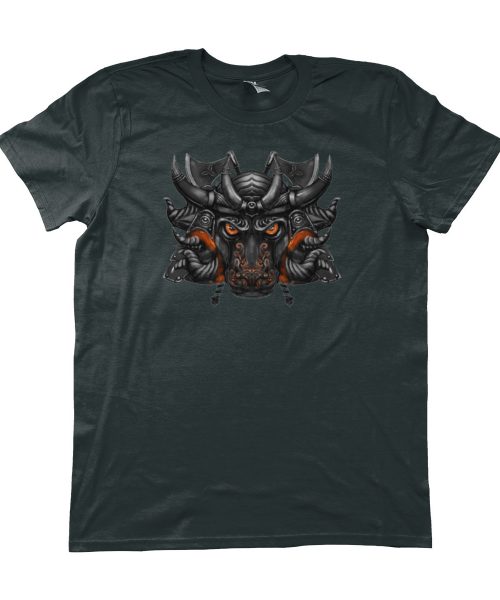 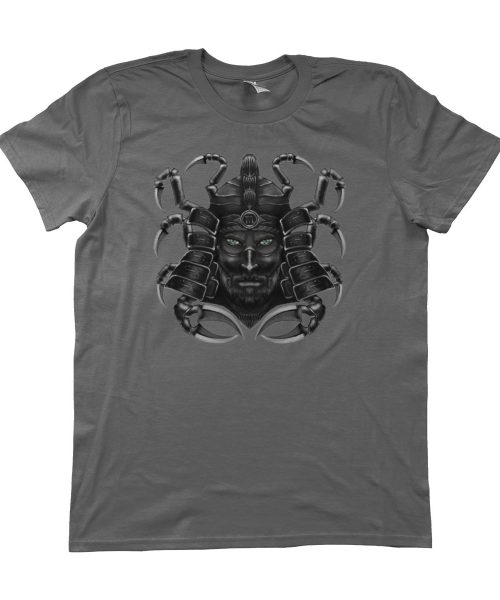 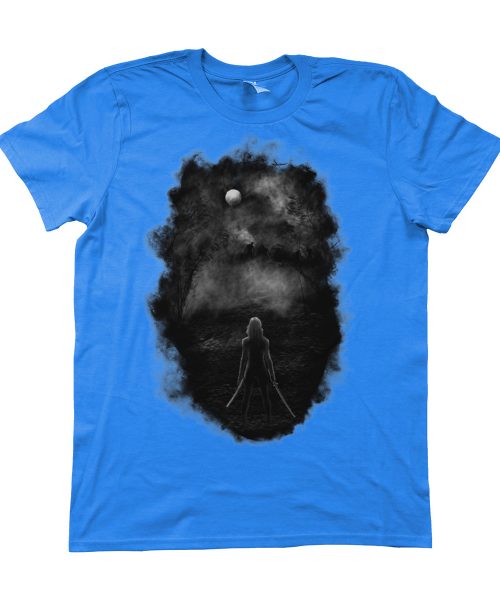 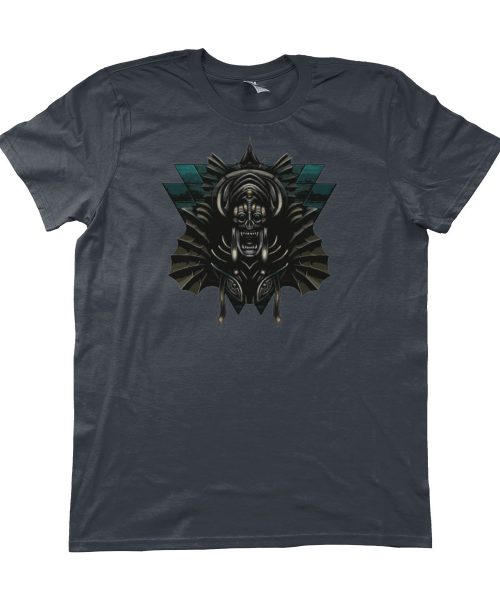 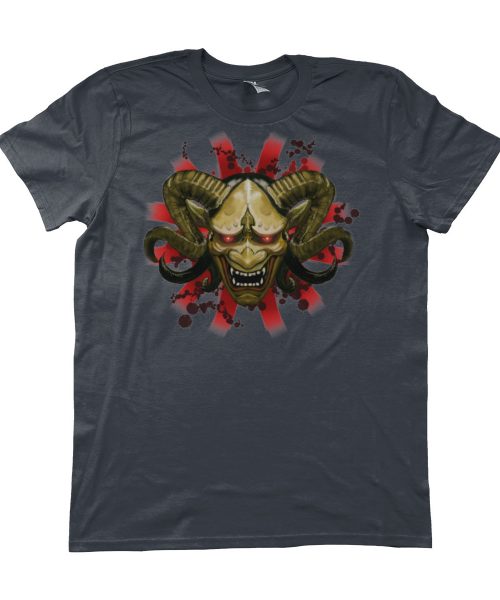 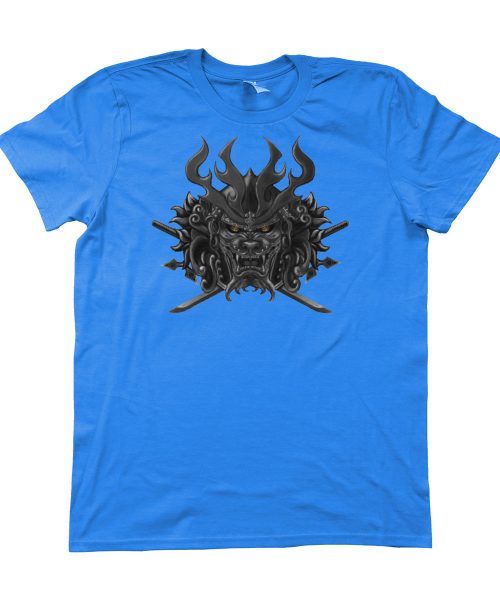 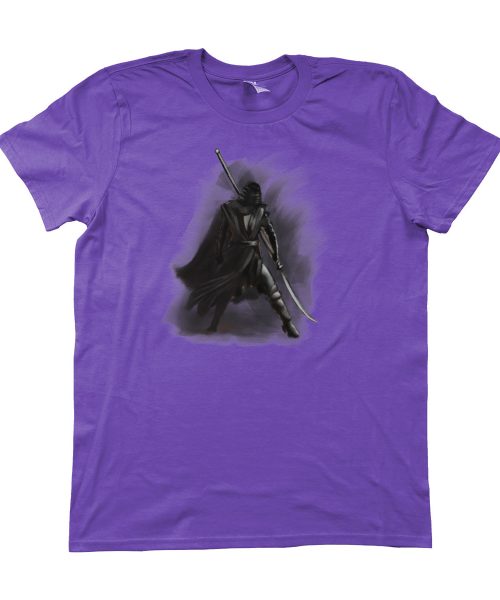 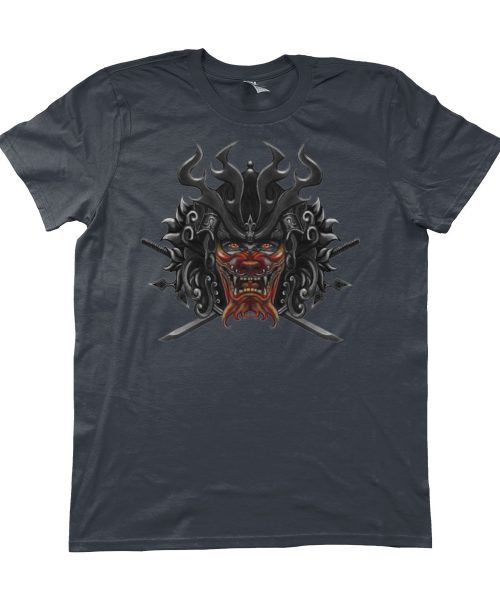 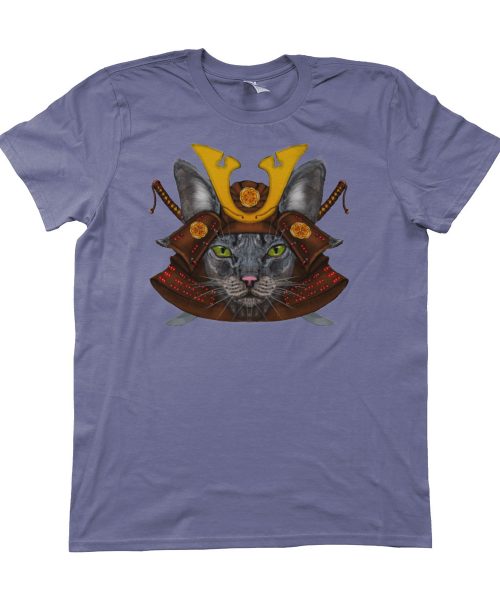 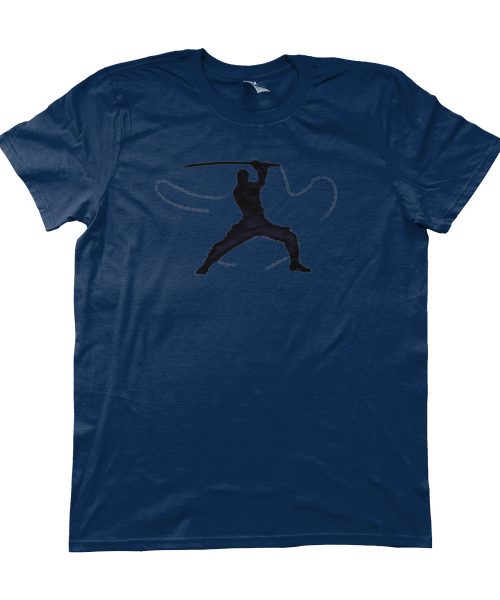 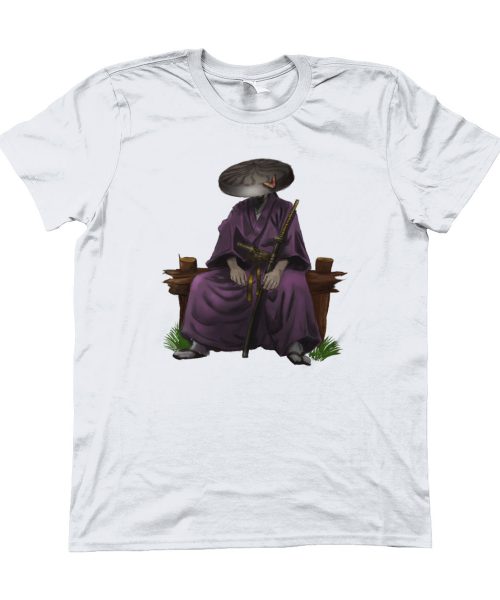 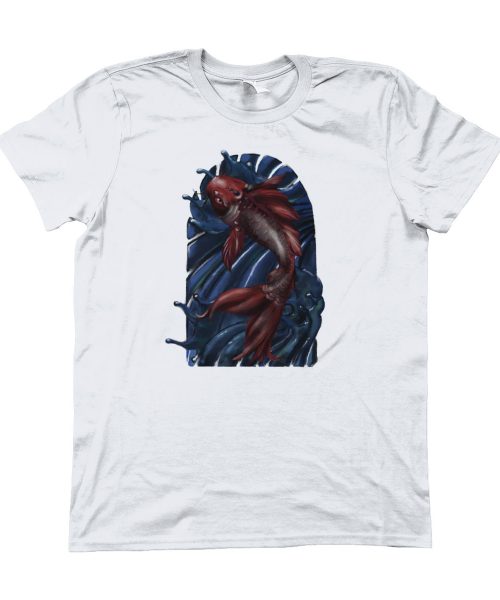 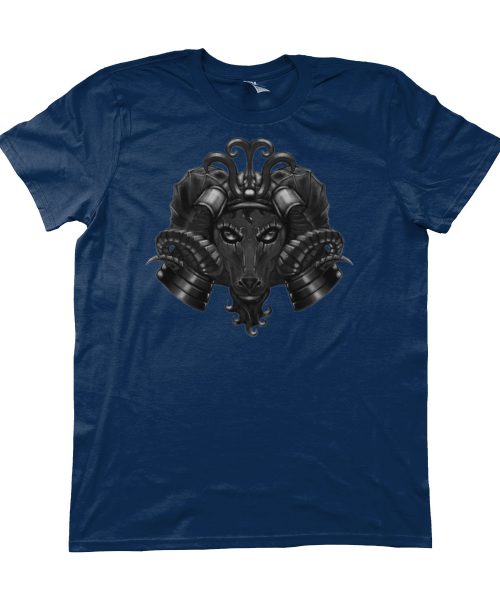 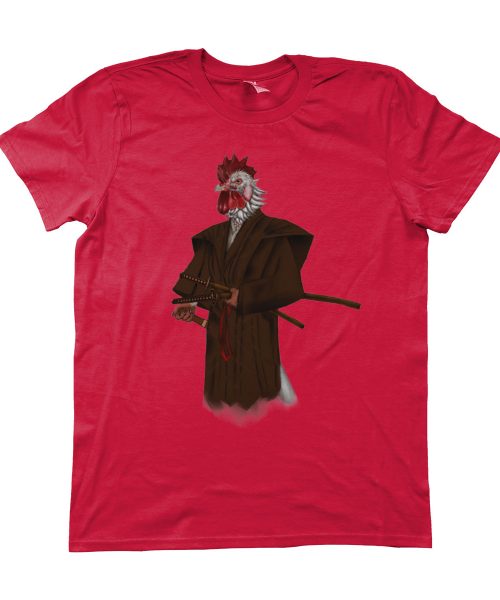 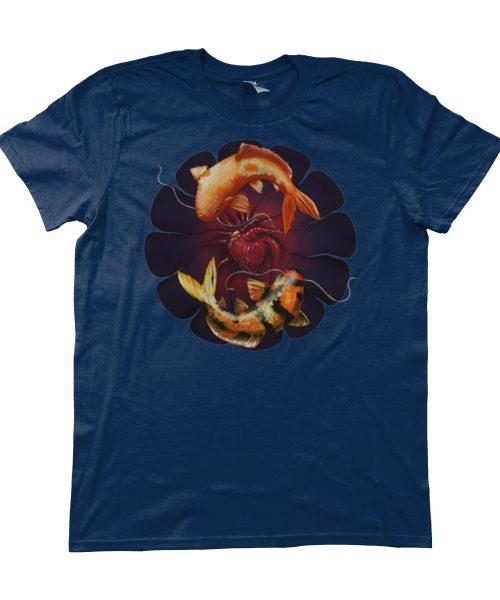 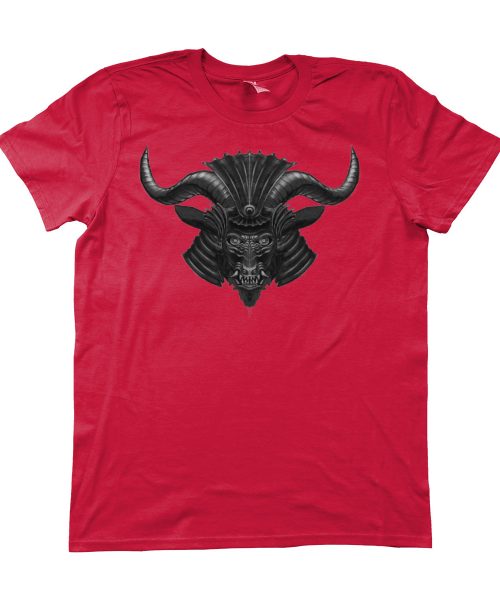 Under her command, Nakano led the Jōshitai to charge against the Imperial army. When the Imperial army saw the women charging, they held their fire. They planned to take the women alive until the armed women started to attack. You will see that deep cultural values affected their judgment. They never thought these women can fight.

Yuko witnessed Nakano shot and rushed towards her. Nakano didn’t want the Imperials to take her head as a trophy. So she wished to have her head decapitated. She asked her sister to do it. In the end, the Shogunate army lost against the better armed Imperial army.

Yuko buried her sister’s head under a pine tree. It was in the Hōkai-Ji temple located at the Aizubange, Fukushima. After getting defeated in battle, it wasn’t over yet for Kōko and Yuko. The two entered the Tsuraga castle and joined Yamamoto Yae. Another strong woman who made a mark in Japan’s history. However, in 1868 the Shogunate met their end. Along with the end of it came the rise of the Meiji restoration.

In Nakano’s honor, a monument for her stood in the temple. Every year in the Aizu Autumn Festival, people remember Nakano. They remember the Joshitai, too. A group of girls takes part in the procession in honor of Nakano’s actions.

Nakano Takeko is the last great female Samurai or Onna-Bugeisha. In fact, the Battle of Aizu is the last stand of the Onna-Bugeisha. Though defeated in battle, her dedication and bravery win many hearts now. She tells the story of great women who can fight alongside men. She became an icon. An icon for brave women.

Stories of Love for Country

Nakano’s story is one of the documented female Samurai. Despite all the wars and fighting, someone made sure to write about it. The stories of these brave warriors will continue to inspire many. No wonder many would like to buy Samurai swords. It is a keepsake of a warrior’s story.

This is one of the stories that show true love for their country. They saw the influence of the west as a violation of their tradition. Truly, Japan holds one of the most documented arts and war history.